LANSING, Mich., Oct. 11, 2019 /PRNewswire/ — Rochester Community Schools Superintendent Dr. Robert Shaner has been named the 2020 Michigan Superintendent of the Year by the Michigan Association of Superintendents & Administrators (MASA). The award was announced Monday, October 7, by MASA. 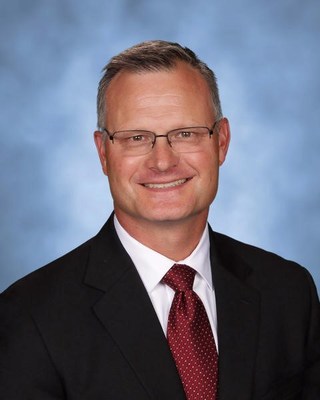 «Dr. Shaner has proved himself to be an impeccable leader for Rochester Community Schools and I am honored to give him the award of Michigan Superintendent of the Year,» said MASA Executive Director Chris Wigent, in a release from MASA. «With a focus on bridging the diversity, equity, and inclusion gap, Dr. Shaner is committed to his philosophy: ‘All Means All.’ Under his leadership, the district created a strategic plan to ensure that all students and staff have a high degree of cultural awareness to make sure every person who comes into the district feels welcome.»

The Michigan Superintendent of the Year Award is presented by MASA to a member who has shown tremendous effort and dedication to enriching the lives of children and the community as a whole.

Under his leadership, the Rochester Community School District has focused efforts on community health and well-being, including the formation of a social-emotional task force to deal with issues such as opioid addiction and depression.

Dr. Shaner was appointed superintendent of the Rochester Community School District in 2013. Prior to his career in education, Dr. Shaner served in the U.S. Marine Corps and worked as a police officer with both the St. Clair Shores and Troy Police Departments. Dr. Shaner began teaching history and leadership at Sterling Heights High School while earning a Master of Arts degree in education from Central Michigan University. He later earned his Education Specialist Degree in Administration from Wayne State University and was soon appointed assistant principal at Grissom Middle School. Dr. Shaner was then selected as principal of Sterling Heights High School, his alma mater.

He earned his Ph.D. in Educational Leadership from Oakland University, and was inducted into the esteemed Gerstacker Fellowship program that same year. Dr. Shaner also served as the executive director of instruction and technology for the Warren Consolidated School District.

As the 2020 MASA honoree, Dr. Shaner is now in the running for the national Superintendent of the Year Award that is given out by the American Association of School Administrators (AASA). AASA will convene a Blue Ribbon Selection Committee to select four national finalists in December. The four finalists will participate in a national briefing and interviews in January at the National Press Club in Washington, D.C. The National Superintendent of the Year winner will be announced by AASA in February.

Dr. Shaner will also be recognized by MASA at its 2020 Midwinter Conference in January in Detroit.