DETROIT, Feb. 19, 2018 /PRNewswire/ — As part of an at-large reorganization effort, Barton Malow Company has announced its newly formed team of executive leaders striving to capitalize on the firm’s recent surge of new business and acquisitions.  While Ryan Maibach remains as President and CEO, the rest of his Executive Leadership Team have new roles. They are Chief Operating Officer Chuck Binkowski, LIFTbuild Managing Director Alex Ivanikiw, Chief Financial Officer Lars Luedeman, Executive Vice President Tom Porter, and Chief Legal Officer MaryAnn Kanary. This team was selected to advance the firm through acquisitions, investments, and a business model that is unmatched in the construction industry. 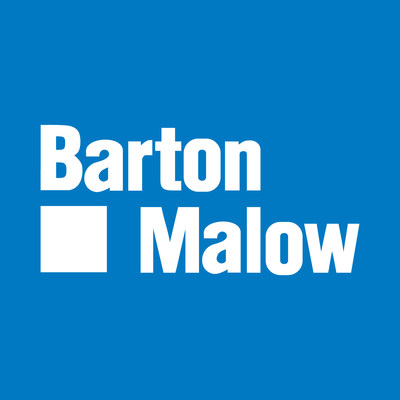 CEO Maibach stepped into his role in 2011 as the fourth generation of the family-controlled, employee-owned enterprise.  Since that time Barton Malow’s revenues have more than doubled. More notable, though, is how the firm views construction under Maibach’s leadership. In 2012, the company launched a long-term goal of doubling efficiency and providing a client value proposition that is the envy of the industry by 2024. Maibach challenges the workforce to look past traditional construction methods for better ways to build. Over the past six years, the firm has worked on various strategies to achieve the long-term goal, with this reorganization being another step forward to 2024 and the company’s 100th anniversary.

A 37-year veteran of the industry, Chuck Binkowski began his career in the construction trades as a laborer. He progressed through the trades and became General Superintendent overseeing every phase of construction for numerous Barton Malow projects across Michigan. In 2005, the firm recognized Binkowski’s leadership abilities and promoted him to General Manager of its Oak Park location, which included managing the company’s equipment assets and concrete services operations. In 2009, Chuck was named Vice President responsible for Industrial and Energy work and later rose to Senior Vice President of the Central Region.

As Chief Operating Officer, Binkowski now aims to elevate Barton Malow’s operations by providing solutions to the most complex of construction challenges.

As leader of the newly formed LIFTbuild affiliate, Ivanikiw is tasked with deploying innovative building engineering technology to the marketplace. Through innovations in prefabrication and a dynamic building process, LIFTbuild transforms how vertical structures are constructed to achieve project certainty, velocity, value, and safety.

Ivanikiw joined Barton Malow in 1989 from the automotive industry where he previously served as a Facility Manager for ten years. Through various executive positions in his 29-year career with Barton Malow, Ivanikiw has been vital to securing business including major construction programs like the recently completed Little Caesars Arena in Detroit, Michigan. Ivanikiw’s strategic planning skills and customer focus are key assets required for the LIFTbuild venture to attain success.

Lars Luedeman joined Barton Malow Company in 2012 as Director of Finance after spending 16 years in the investment banking industry. As a consultant, Luedeman excelled at evaluating opportunities and driving business evolution. Through his financial analyst experience at Goldman Sachs and Grant Thornton, Luedeman helped clients realize their financial potential.

As Chief Financial Officer, Luedeman is able to combine his consulting and in-house experience to strengthen the firm’s finances and support the company’s future plans for growth.

Tom Porter’s goal is to make all of Barton Malow’s employees feel empowered and connected to the organization. The Workforce Engagement team he heads comprises functions that impact the company’s 2,000+ employees including Safety, Human Resources, Systems, Marketing & Communications, Workforce Development, and Labor Management.

Porter began his career as a trial and appellate attorney and eventually joined Barton Malow as General Counsel in 1998. He left in 2009 to begin his own business venture as a risk management consultant and authored the book, Profit, Risk & Leadership: The Business of Construction & Design-Build.  In early 2017, Porter rejoined Barton Malow to help bolster its engagement with employees and help them attain their career potential.

MaryAnn Kanary is responsible for risk management, compliance, and enterprise legal affairs. Kanary rejoined the company after serving as Associate General Counsel and Director of Global Legal Compliance at Cooper Standard, a leading global supplier of systems and components for the automotive industry with more than 30,000 employees. Kanary’s first stint with Barton Malow began in 2005 when she spent eight years as Assistant General Counsel. In her new role, Kanary will lead the company’s enterprise risk and insurance programs and support expansion efforts that leverage the firm’s strengths to become the contractor of choice in North America.

With the new executive team, CEO Ryan Maibach is driving Barton Malow’s advancement toward innovative industry leadership. «Change in the construction industry is coming and we have a responsibility to question the way we have delivered construction in the past for a better delivery model in the future,» says Maibach.

About Barton Malow Company: Founded in 1924, Barton Malow Company is a 100% American-owned contractor serving North America in market specialties that include commercial, industrial, education, energy, healthcare, manufacturing, sports, and entertainment facilities. With more than 2,000 employees and 16 offices, the company’s core purpose is to Build with the American Spirit: People, Projects and Communities.